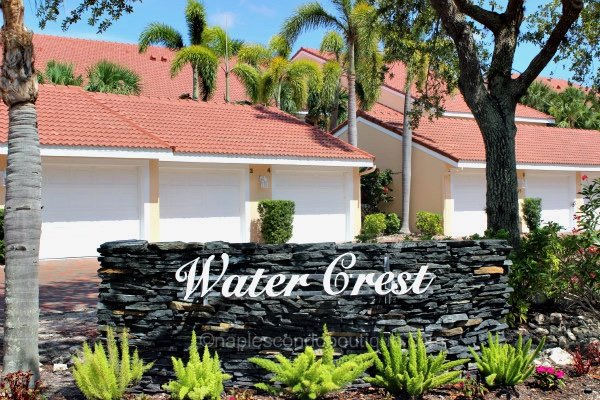 Water Crest is a community of low-rise condominium homes located within the larger Falling Waters development of Naples, Florida.  It is one of just a few neighborhoods within the community.  The two-story buildings in Water Crest feature two-bedroom homes with a large lanai and carport included.  Many units also include garden views and were built in the mid to late 1990s.

Amenities at Falling Waters include access to the area’s clubhouse, the large community swimming pool and a golf putting green.  There are also tennis courts, as well as a bocce ball court, a jogging/biking path, and a BBQ/picnic area for residents to use.  Area beaches are just a few minutes away.

Water Crest is located at Falling Waters in South Naples which is found off Santa Barbara Boulevard, south of Davis Boulevard.  Residences in the Water Crest community are found along Hidden Lake Drive.