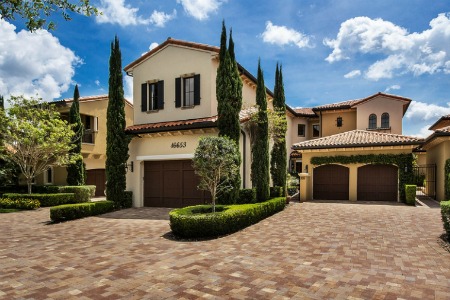 Toscana is a neighborhood within the Talis Park community.  This subdivision offers upscale waterfront condos that live like old-world Mediterranean villas.  Individual units at Toscana are two-stories and there are six in each building. Residences range in size from 2,500 Sq Ft to 4,300 Sq Ft and phase one of this neighborhood was delivered in the 2005 - 2007 timeframe.  Talis Park is under development by Kitson & Partners, with a select number of homebuilders.   In all, there are eight neighborhoods within the development, including Toscana.

Amenities at Talis Park include Vyne House, a new community center within Talis Park.  There is also a community swimming pool, spa/hot tub, biking and jogging path and a Bocce ball court.  In addition, the community boasts a dog park.

Toscana is located along Toscana Circle in Talis Park.  This neighborhood is centrally located within Talis Park near the Vyne House, to the east of Livingston Road in North Naples, Florida.