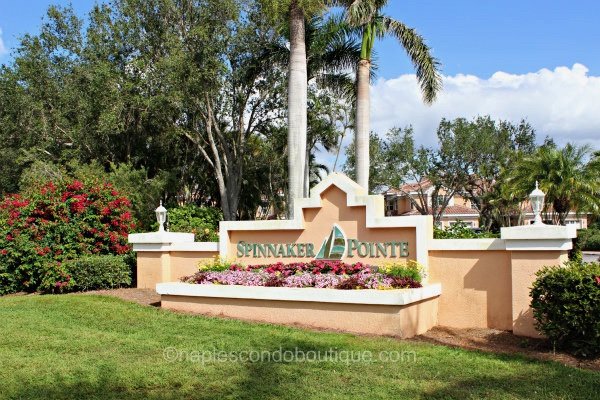 Spinnaker Pointe is a neighborhood of carriage homes located within the Windstar development in Naples, Florida.  This community features 88 homes, and is the development’s largest neighborhood.  Homes are either two-bedroom or three bedroom, with an attached garage and screened-in lanai.  These residences include views of the lake and of the golf course.  Some residences include private elevators.

Amenities of living within Spinnaker Pointe include a private, neighborhood clubhouse, as well as a large community swimming pool and spa.  There is also a patio for sunbathers, as well as two lighted community tennis courts.  The Windstar development includes its own tennis facility with multiple courts, as well as an exercise facility and 18-hole golf course.  There are also boat slips, as well as a deep-water marina with access to the Gulf of Mexico.

Spinnaker Pointe is located in Naples on the north side of the Windstar development.  The community is situated on Naples Bay, south of Haldeman Creek.