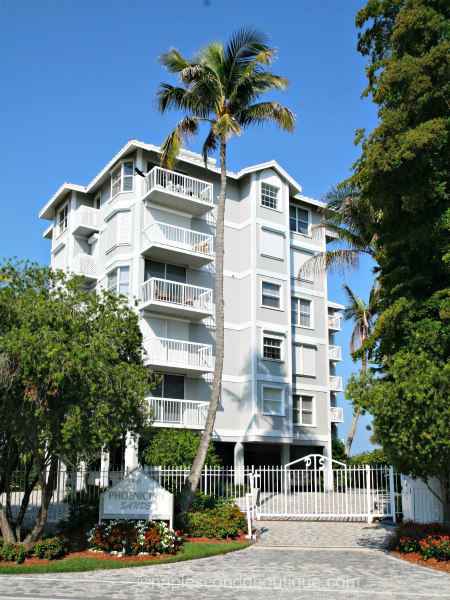 Phoenician Sands is a luxury mid-rise condo building located in North Naples on Vanderbilt Beach. This intimate six-story building was delivered in 1991 and features just 10 residences. Views from this beachfront building are out to the sparkling Gulf of Mexico. Read more about Phoenician Sands.