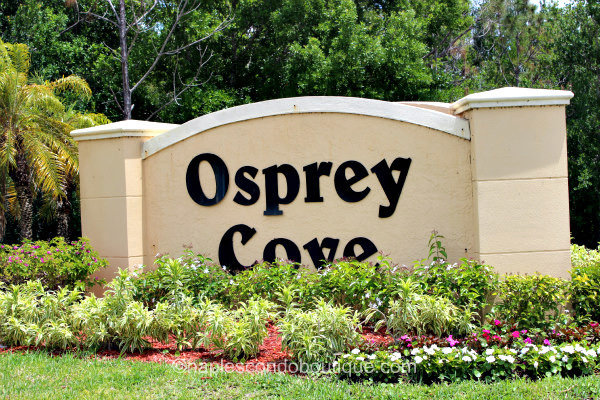 Osprey Cove is a gated, condominium community located within Estero, Florida.  This development features 328 units located inside four-story buildings, as well as a handful of carriage homes within two-story buildings.  The taller buildings include carports and four different floor plans.  The two story homes include a one-car garage, as well as front and back screened-in lanais.  Units were built in the mid 2000s and include lake views.  Because the homes are condominiums, they offer a maintenance-free lifestyle for residents.

Neighborhood amenities for residents of Osprey Cove include a community clubhouse, swimming pool and spa with sundeck, and a fitness center.  There are also tennis courts within this development.  In addition, the community is close to Southwest Florida International Airport and Coconut Point Mall.

Osprey Cove is located in Estero to the east of US 41 and north of Estero Parkway.