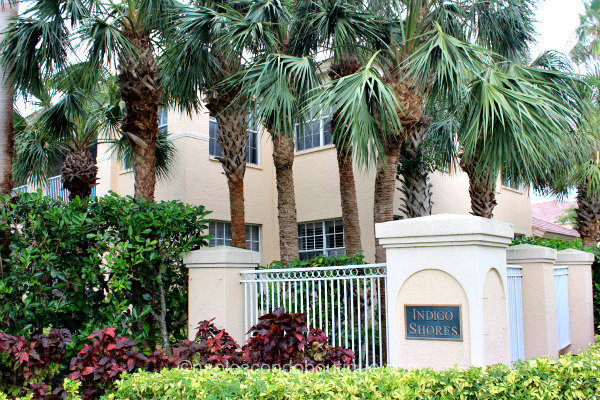 Indigo Shores features carriage homes within West Bay Beach & Golf Club.  This subdivision is located next to a large pond, with some homes also overlooking the River Park and Estero River.  First floor units come with two and three-bedroom floor plans and 2,000 square feet of living space.  Second floor units come with four bedrooms and 2,700 square feet of living space.  All carriage homes at Indigo Shores include a two-car garage.  West Bay Club was developed by Lehman Brothers and The homes in Indigo Shores were built by Centex.

Neighborhood amenities at Indigo Shores include tennis courts, boat storage and a fitness center.  West Bay also includes an 18-hole golf course designed by P.B. Dye and a boat launch with direct access for boaters to the Gulf of Mexico.

Indigo Shores is located at the West Bay Club in Estero off Williams Road, west of US 41.

The Landmark Group Of S Fl