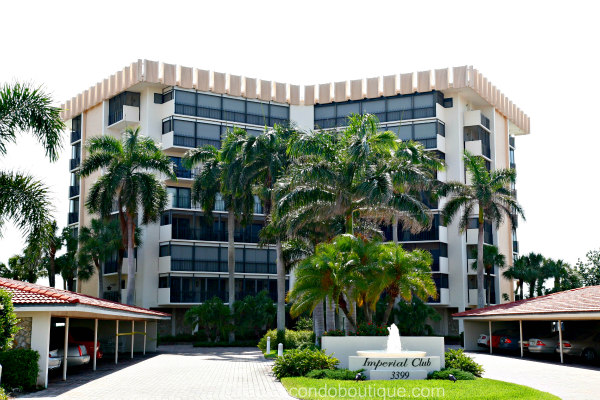 Imperial Club is a 55+ high-rise condo development located in the Moorings neighborhood of Naples. The eight-story building has 41 residences and was delivered in 1970. Floor plans at Imperial Club feature 1,316 - 1,581 SF of living space. Residents enjoy sweeping views of the Gulf of Mexico at Imperial Club. Read more about Imperial Club.

Imperial Club At The Moorings Condos For Sale

Try a new search, or click below to get notified when matching listings become available.

Pets are not allowed at Imperial Club. The association allows one lease per year with a minimum lease term of 90 days per lease.

Imperial Club is located in the Moorings neighborhood of Naples on Gulf Shore Boulevard between Park Shore Drive and Harbour Drive. This location is within walking distance of Venetian Village and offers convenient access to shopping and dining in Old Naples and Waterside Shops.