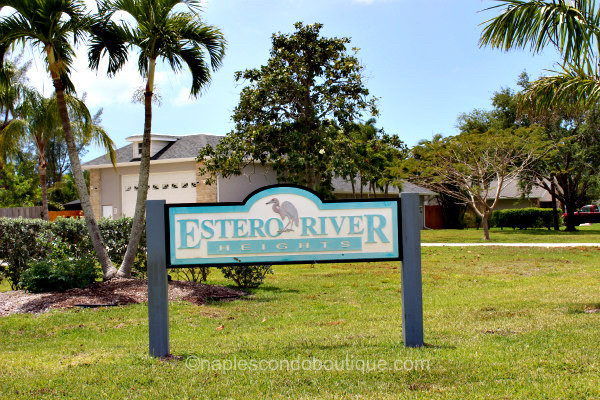 Estero River Heights is a subdivision of less than 130 single-family homes, located along the Estero River.  Some homes include waterfront views, with direct boating access to the Gulf of Mexico via the Estero River.  The community is made up of eight streets, with homes including large lots.  Some of the homes date back to the early 1970s, but have been recently remodeled.

Neighborhood amenities include a community boat ramp that can be used for a nominal fee, and a parking area.  There is also a community park, a playground and a ball field for residents of Estero River Heights to use.