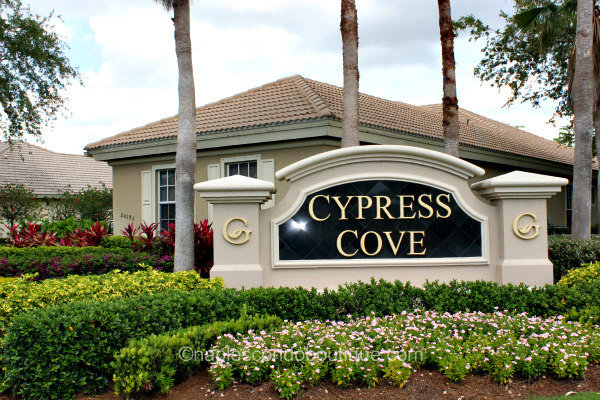 Cypress Cove is an enclave of single-family homes located within the Grandezza master-planned community in Estero.  Homes were built between 2001 and 2005, and include between 1,800 square feet and 3,500 square feet of living space.  Homes include either lake, golf or preserve views and were built by Centex Homes.  There are no empty lots remaining in this neighborhood.  The larger Grandezza development includes a total of 978 homes, with 10 different neighborhoods.

Amenities at Grandezza include the option of membership to the 18-hole private golf course.  There is also a clubhouse with a swimming pool and fitness center.  In addition, there are tennis courts and walking paths throughout the community, as well as dining choices on site.