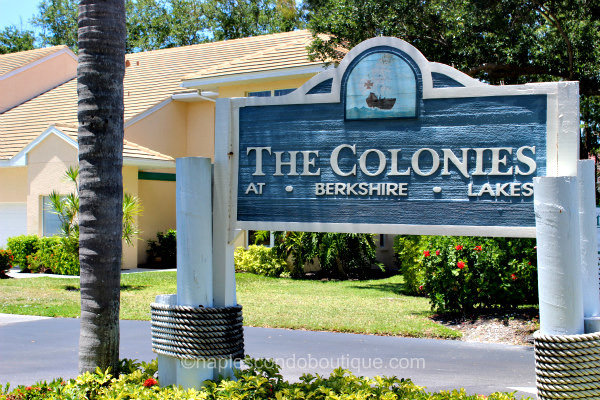 Colonies at Berkshire Lakes is a community of 78 condominiums, located within eight separate, two-story buildings.  Some of the units include lake views and many include carports. The Colonies is right next to the development’s clubhouse, a jogging path and the fishing pier.  Built between 1990 and 1991, the units feature between 1,000 square feet and 1,300 square feet of living space.  There are two floor plans available.

Colonies at Berkshire Lakes is located in the southern portion of Naples, Florida.  It is north of Radio Road, and to the west of Santa Barbara Boulevard.  This is very close to I-75.