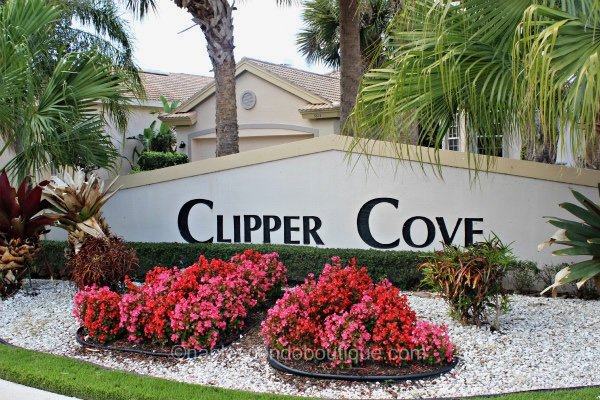 Clipper Cove is a community of 35 single-family homes located within the greater Windstar development.  These homes overlook the golf course, including golf, lake or nature preserve views.  Homes within Clipper Cove range from single to two-story floor plans, with 2,100 square feet to 3,000 square feet of living space.  Homes include two to four bedrooms.  Each home comes with a covered courtyard garden, as well as a two-car garage, lanai and private swimming pool.

Amenities at Clipper Cove include the nearby Windstar Club on Naples Bay.  The club features golf, tennis courts, a fitness facility and on-site dining options.  There are six Har-Tru tennis courts, plus two lighted courts.  In addition, the golf course is an 18-hole championship course designed by Tom Fazio.  There is also a boat shuttle taking residents to a private dock on Keewaydin Island.