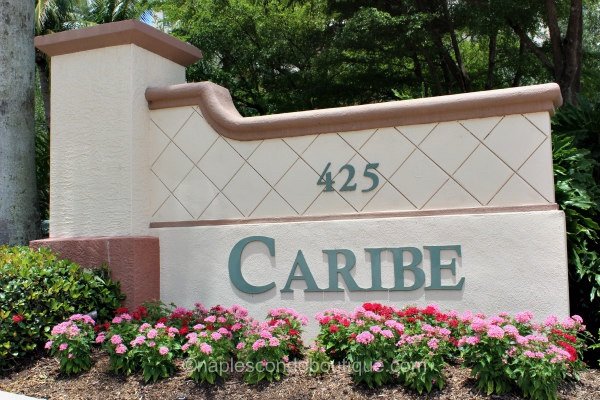 Caribe at Cove Towers is a luxury high-rise condominium building located within the Cove Towers development in North Naples.  This building was finished in 2000, and is one of five towers built by WCI in the Cove Towers community.  The Caribe building offers two different floor plans, ranging from 1,800 square feet to 2,400 square feet.  There are 18 floors altogether, with 56 units.  All residences face to the west, and include views of Wiggins Pass and the Gulf of Mexico.  Read more about Caribe at Cove Towers.

More About Caribe at Cove Towers

Residents of Caribe at Cove Towers have access to amenities including Tarpon Cove Yacht and Racquet Club.  Membership includes a clubhouse, tennis courts, a lounge, swimming pool and a restaurant.  Members also have access to Delnor-Wiggins State Park via a water shuttle.  Additional amenities of Caribe include a fitness center, boat docks, a library, BBQ area and beach access.