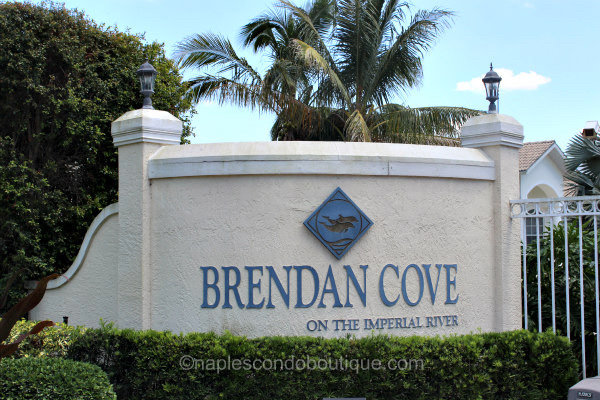 Brendan Cove is a gated boating community of luxury, single-family homes.  This waterfront community includes large custom homes on over-sized lots.  The neighborhood has around 60 homes, spread across 30 acres.  The lakefront and preserve view residences include deeded boat slips.  None of the homes back up to each other. A separate community of homes, The Cottages at Brendan Cove, includes 22 villa-style condominium units.

Neighborhood amenities include a community swimming pool.  There is also a marina with private boat slips, and direct access to the Gulf of Mexico and Estero Bay.  A semi-public golf course, Bonita Fairways, is one mile down the street from Brendan Cove.  A rec center with playgrounds, a fitness center, a skate park and tennis courts is also nearby, as is Coconut Point Mall.

Brendan Cove is located off West Terry in Bonita Springs, Florida, along the Imperial River.