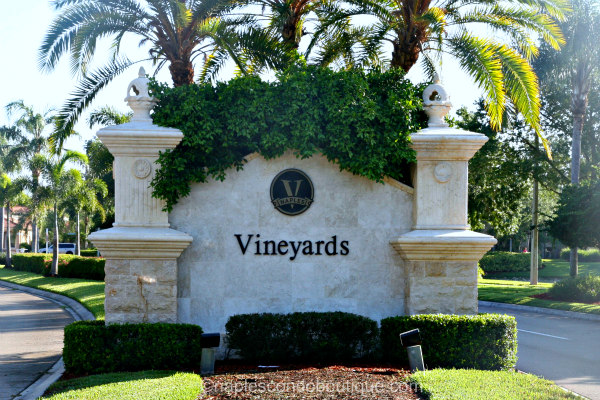 The renovation of Vineyards Country Club is now in full swing and could be finished by the end of the year. If progress continues as planned, this means a projected reopening date for the club of sometime early next year.

It’s all part of a multi-million-dollar plan to help modernize the club and push it forward into the future. The main lobby was opened up, allowing for sweeping views of the landscaping and golf course. Crews also incorporated new furnishings, fixtures and flooring to help add to a casual and comfortable country club atmosphere.

Phase one of the project included work on the pool bar, banquet rooms and dining room. It also meant a new Wellness Center & Spa, a new Tiki bar and a two-tiered sun deck.

The latest club renovations were planned to coincide with the club’s 30th anniversary. Originally opened in the late 1980s, the award-winning club is a five-time repeat winner of the People’s Choice Award.

Not only is Vineyards one of the largest country clubs in Naples but it also has two golf courses. The property is additionally home to a dozen Har-Tru tennis courts and several pickleball courts. The club additionally hosts a number of dining venues, a fitness facility, spa treatments and there’s an active social calendar at the club with its own director on-staff.

Vineyards Country Club is home to a full range of housing options, from single-family homes to coach homes and condos. It offers some re-sale opportunities as well as new construction possibilities.