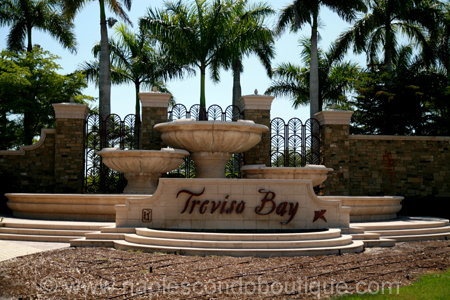 Lennar Homes recently started construction at the Treviso Bay golf community with plans for taking advantage of the distinctive wildlife views at nearby Rookery Bay.  Lennar Homes acquired the property in late 2011 from previous owner, VK Development, who built the 18-hole bundled golf course with 50 homes in 2007 before ceasing construction and abandoning the project.   While the golf course is complete, Lennar Homes expects to start construction on a 40,000 sf clubhouse in the next 18 months for a planned opening in 2014.  Current projects include a champions club featuring a pool and extensive fitness facilities.

The reinvigorated Treviso Bay community is expected to feature approximately 1,500 residences ranging in price from $179,000 for the smallest condos to $760,000 for estate and executive homes.     The new homes will not be as lavish as originally envisioned by VK Development in line with today’s smaller and more affordable market requirements.  All prices include designer touches such as wood cabinets, granite countertops and marble windowsills.  These complete finishes are part of Lennar’s “everything is included” philosophy to reassure buyers there are no hidden costs in the purchase price.  Golf membership is bundled with the purchase of a home, adding further allure to the community.

The nearby wildlife preserve is another appealing feature of the newly revived project.  Rookery Bay offers one of the few undisturbed mangrove estuaries in North America today with 70,000 acres of open waters and 40,000 acres of mangroves.  The Rookery waterway system winds its way through the community bringing with it the occasional bald eagle.  More than 150 species of birds call the estuary home as well as endangered species such as Florida panthers that inhabit the scrublands of the reserve.