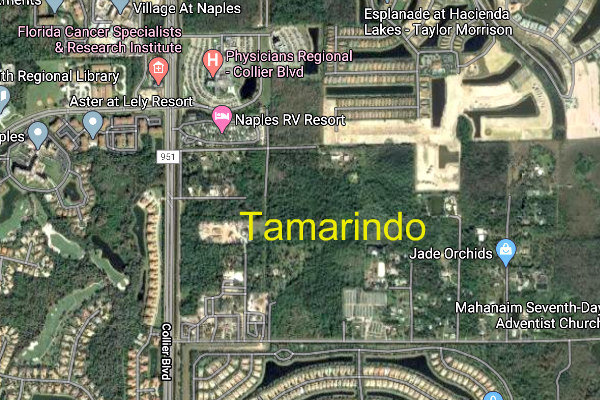 Another new community of single-family homes is headed to Naples. Located to the north of Sabal Palm Road and to the east of Collier Boulevard, plans call for the Tamarindo community to eventually make way for around 250 new homes.

This DR Horton community is being built up in three phases, which each phase of homes surrounding its own lake. The very first phase consists of around 100 homesites off Sabal Palm Road.

The next phase of the development aims to bring in nearly 80 additional homes, while the remaining homes will be constructed as part of phase three. The neighborhood will also make room for a dedicated preserve or conservation area on its eastern edge.

Plans additionally call for a rec center to be built close to the entrance off Sabal Palms Road. For now, though, crews are busy with excavation and work on underground utilities.

The new community is very close to Physicians Regional Medical Center. The desirable location is also close to several other well-known communities in this part of Naples, including nearby VeronaWalk.

The lakefront community of VeronaWalk is just to the south of the new Tamarindo development. VeronaWalk features some single-family homes, townhomes and villas situated around a Town Center.

The uniquely shaped Tamarindo property wraps around some existing homes and a plant nursery. Tamarindo is also just across Collier Boulevard from the Lely Resort Golf & Country Club and close to the master-planned community of Hacienda Lakes, as well.

Previously it was known as the Rockedge planned unit development. At one time developers had hope to construct hundreds of townhomes on the land, including some designated as affordable housing units.

With stylish home designs and  number of resort-style amenities, enjoy inspired living at the new Esplanade by the Islands. This new Naples ...Read More

A Real Jewel of a Community

For a real jewel of a community, consider the new townhome villas of ONYX. It’s no coincidence that the luxurious new residences share the ...Read More 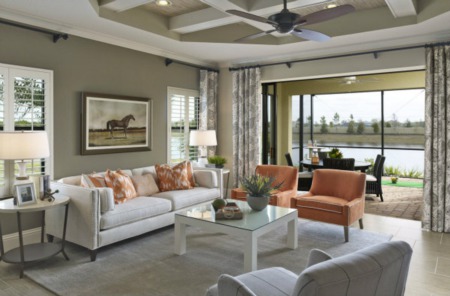 Move-in ready homes are now available at Marquesa Isles in Naples. This new community of twin villas offers more than 150 options for buyers to ...Read More