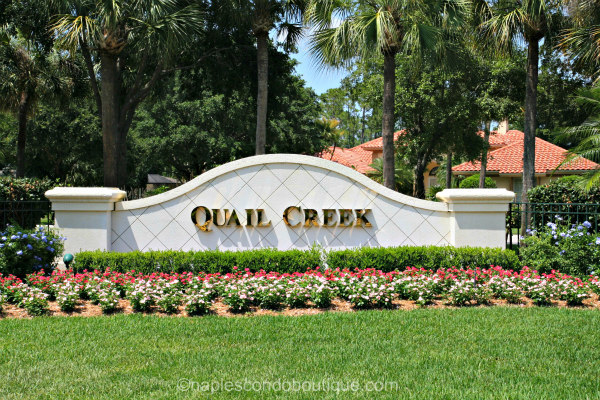 A major renovation project has just wrapped up at Quail Creek Country Club in Naples. The more than three-decade old private club recently completed an $18.5-million-dollar project aimed at enhancing the opportunities for members and prospective members alike.

The most recent renovation project included integrating the old tennis and fitness facilities into a massive Sports Center & Spa. The 33,000 square foot facility now houses golf and tennis operations, wellness and spa offerings at the club, the property’s swimming pool and its fitness center.

Quail Creek plans to use the new and improved offerings to help blend skills and conditioning at the club, including cross training. The renovation project has also involved the enhancement of the club’s outdoor amenities, including refurbishing the tennis facility.

The new and improved facility means nine tennis courts at the club. It also makes room for pickleball courts, plus a handful of bocce courts and a croquet lawn. The idea is to keep older members of the club continually active, whether they keep playing golf at the club or not.

Club members approved the capital project in spring of 2018 and construction began shortly after that. Now nearly two years later the club is planning to host an upcoming grand celebration to show off its new Sports Center & Spa, plus improvements made to its clubhouse.

The clubhouse now has a new entrance, improved locker rooms, a new wine room for private dining and a new kitchen. Other improvements at the club include a state-of-the-art Pilates studio. Along with the most recent renovations, in recent years the club’s two Arthur Hills golf courses underwent renovations of their own.

Membership at Quail Creek is not restricted to residents. The active, year-round club also includes junior golf and tennis programs, as well as a number of family activities.