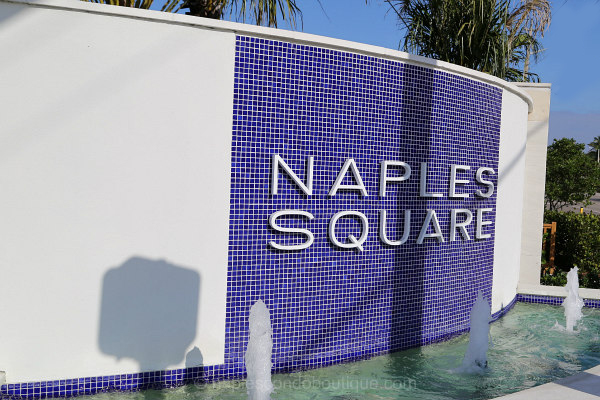 Work is officially underway at Phase III of Naples Square, where crews recently broke ground on the latest section of the downtown development. The walk-able community has already proved extremely popular, as new residents are drawn to the area by its collection of two- and three-bedroom floor plans, in both one- and two-story designs.

Phase III of Naples Square promises some equally appealing residential options, also with one- and two-story floor plans available. Ranging from around 1,400 square feet to upwards of 3,200 square feet in size, the homes are set to be priced from the high $600,000s to upwards of $1.5 million, with redesigned homes that share some of the best qualities found in the residences of Phase I. In fact, one of the most popular plans, the Emerson, is already sold out for Phase III.

Featuring massive sliding glass doors leading out to open-air terraces, the homes of Phase III are sure to delight new homebuyers with high ceilings, designer kitchens and an array of upscale, standard features and finishes. Options range from quartz and granite countertops to stainless steel appliances and luxurious, marble-topped baths with soaking tubs.

Residents of Phase III are also sure to delight in a courtyard amenity deck, complete with a larger swimming pool and sundeck then seen in the previous two phases of the development. A terrace and clubroom are also planned, including room for a fire pit and billiards room. In addition, amenities extend from under-building parking to bicycle storage and a fitness center.

Future plans also call for construction of the Shoppes at Naples Square, bringing in a mix of dining and retail space to the development’s eastern edge, possibly as soon as 2019. In addition, a new entertainment complex is also planned for the northern edge of Naples Square. Plans call for the Gulfshore Playhouse to construct a massive complex there featuring two theaters.