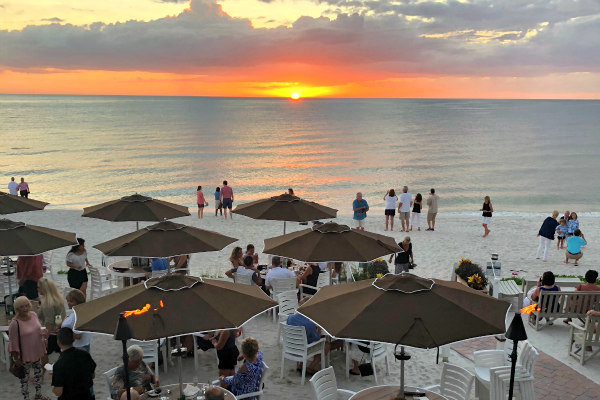 If you’re looking for a great place to spend Christmas on the beach, you’ll want to take a second look at Naples. The city was just named one of “America’s 10 Best Beach Towns for Christmas”, as designated by Coastal Living.

The publication gives Naples high marks for it’s shopping and its window displays, especially those in the areas of Fifth Avenue South and Third Street South. Third Street South is the place to go in November with the annual tree lighting and festival. The event ushers in Santa’s arrival along with live entertainment, some tasty treats and plenty of holiday fun.

Meanwhile, a parade winds through Downtown Naples with the annual Naples Christmas Parade. This evening event is filled with floats, bands, dancers and a special visit from Old Saint Nick.

There are also holiday displays presented by the Edison & Ford Winter Estates and the Naples Botanical Garden. While the historic site presents an old fashioned Christmas with its Holiday Nights display, the garden center presents its own Night Lights in the Garden, with select evenings featuring thousands of garden lights throughout the month of December and through early January, plus it offers a series of special holiday performances on tap.

Of course there are plenty of other Christmas festivals and holiday events happening all across the city, including the Festival of Trees at Venetian Bay, several other public tree lightings and holiday concerts, along with numerous festivals helping to usher in Southwest Florida’s version of Christmas on the beach.