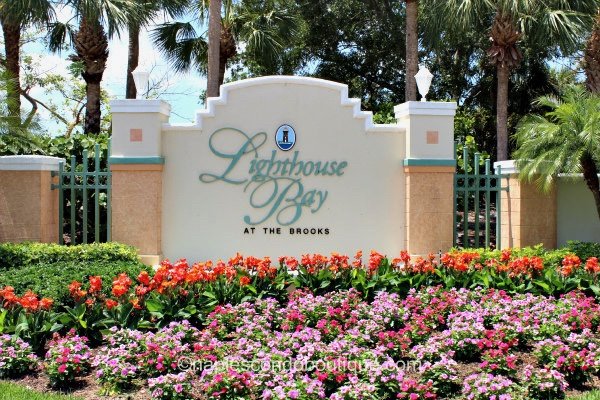 Affordable, waterfront living is what you’ll find at Lighthouse Bay in Estero. All homes in the community sit on the lakefront, offering a peaceful setting and impressive views.

In all, Lighthouse Bay is made up of around 650 attached homes, in four different designs. The homes of Lighthouse Bay come either as a garden condo, courtyard villa, coach home or carriage home.

The garden condos of Lighthouse Bay typically range from around 1,200 to 1,300 square feet of living space. Buyers can expect to find two-bedrooms, two-baths, and a detached carport.

The coach homes of Lighthouse Bay include 1,300 to 1,600 square feet of living space with three-bedrooms, two-baths, and a one-car, detached garage. The courtyard villas offer two- to three-bedrooms and two-baths. They also come with an attached garage, a courtyard, and an optional swimming pool.

The largest option at Lighthouse Bay is a carriage home with around 1,800 to 2,300 square feet of living space. These homes include two- to three-bedrooms and an attached garage.

As for the larger, master-planned community of The Brooks, Lighthouse Bay at the Brooks means having access to a half-dozen tennis courts, several swimming pools, and miles of walking and biking trails.

Additional options include a fitness center and cardrooms, as well as bocce ball courts and a half basketball court. There’s also a private beach and a nature preserve in the community.

Around a dozen stocked fishing lakes can be found throughout The Brooks community, which is what accounts for the water views. There are canoes, row boats and paddleboats at the boathouse and marina, too.

Amenities extend to The Brooks Commons Town Center, as well, with a community enrichment center and restaurant. The Brooks community sits just to the north of Naples, plus you’ll find several other shops and recreational options close to the homes of Lighthouse Bay at The Brooks. 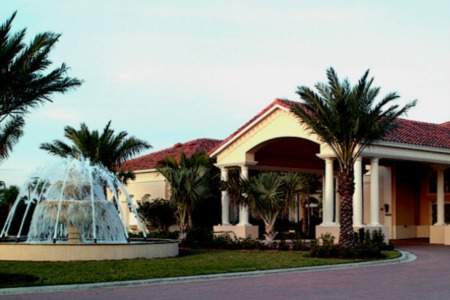 Cascades at Estero is a Top Active 55+ Lifestyle Community

Designed for 55+ buyers, Cascades at Estero is a top active lifestyle community in Estero. This gated community is deed restrictive, and truly ...Read More

For sustainable homes and a low-maintenance lifestyle, you cannot beat the options that exist within Spring Run at the Brooks. Built up by Pulte ...Read More

For more than just a taste of the good life, consider a move to West Bay Club. This premiere community is bounded by the Estero River and Estero Bay, ...Read More