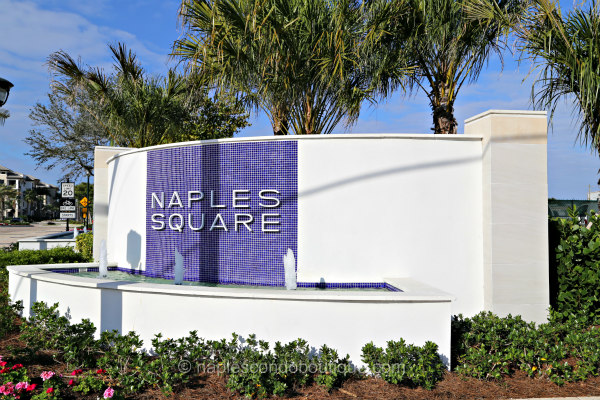 New lifestyle amenities are in the works for Naples Square, with the planned addition of the Gulfshore Playhouse. The new complex will eventually include two theaters plus an educational wing with specialized programming for those of all ages.

Planned for the north side of the Naples Square condo development, it’s expected that the playhouse complex will not only bring entertainment right to owner’s doorsteps, but also help anchor the planned restaurant and retail space of the Shoppes at Naples Square, which is under development on the east side of Naples Square.

The visionary plan is to include upscale and casual dining there, including outdoor seating, with the first openings sometime in 2019. Altogether, developers aim to turn the area into a walkable, self-sufficient neighborhood, with easy access to retailers, shops, restaurants and the fine arts. Extra amenities of Naples Square include the heated swimming pool and spa, under-building parking and bicycle storage, private storage areas, a fitness center and clubroom plus a pavilion bar.

Within the units, prospective residents can expect to find open floor plans with high ceilings and energy-efficient designs. Additionally, the units include open-air terraces, large kitchen islands, stainless steel appliances and either granite or quartz countertops.

While two of the residential buildings are already finished, two more are in the forecast, with construction on the next building expected to begin sometime later this year. Currently, the offered floor plans range from two- to four-bedrooms and up to 4.5-baths, with 1,500 to more than 5,200 square feet of living space.

Located in the heart of Old Naples, the downtown site is also close to Gulf beaches and to Naples Bay. As well, it’s simply a short stroll or bike ride away from area parks, Naples Pier and museums, plus a short drive from some of the region’s other most desirable shopping areas and destinations.