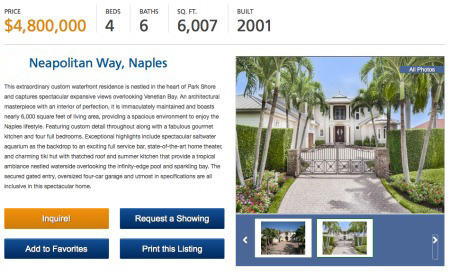 One of basketball’s greatest players, former Boston Celtics star Larry Bird, has put his home up for sale in Naples.  Bird is asking $4.8 million for his Naples’ Park Shore home.  An NBA Hall of Famer, Bird has owned homes in Naples and Indiana since retiring from the Boston Celtics in 1992.

The 4 bedroom, 6 bath custom waterfront house has 6,000 square feet, a 500-gallon saltwater aquarium, a basketball hoop and a 10-seat state-of-the-art home theater.  In the backyard, Bird has an infinity-edged swimming pool and a thatched roof tiki hut with spectacular views overlooking sparkling Venetian Bay.  Built in 2001, the house is located on Neapolitan Way in the luxury Park Shore neighborhood.

Larry Bird’s agent says the former NBA star is selling his house because he does not have time to spend in Naples now that he’s retaken his job as president of basketball operations for the NBA’s Indiana Pacers.  Bird signed a multi-year contract with the Pacers on July 1 2013.

The 56-year old Bird played 13 seasons for the Boston Celtics, winning 3 championships and 3 most valuable player awards before his retirement.  He coached the Pacers for 3 seasons from 1997-2000, and joined the front office in 2003.  Bird was often spotted in Naples, and attended a Community School of Naples playoff basketball game in February. 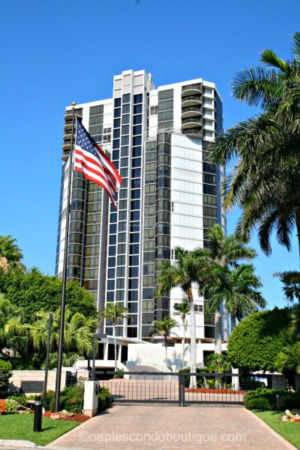 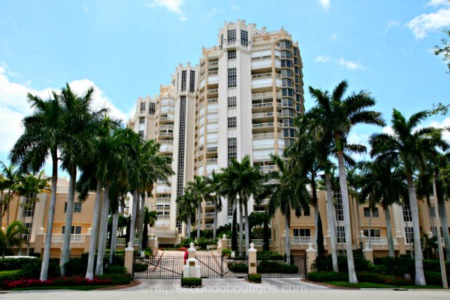 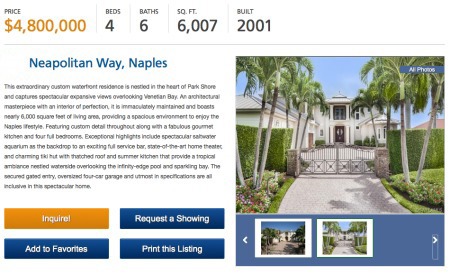 A Naples lifestyle is certainly appealing. With its luxury homes, golf courses, beaches and local attractions, the rich and famous have long been ...Read More