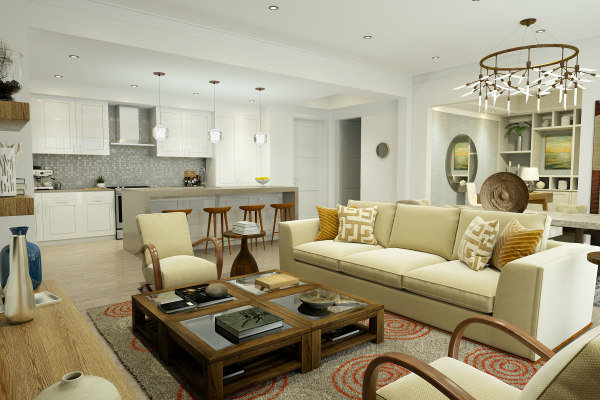 Expect to find an array of luxury features as plans push ahead for Phase II of Eleven Eleven Central in Downtown Naples. The Ronto Group recently detailed the floor plans and some of the private inclusions new buyers will find.

Phase II of Eleven Eleven Central includes your choice of nine different floor plans. Those designs range from around 1,400 to 2,500 square feet of living space.

Priced from the high $600,000s, there are also some units within Phase II priced well above $1 million. New buyers can expect to find an island kitchen, walk-in closets and a covered balcony.

Options range from two- to three-bedrooms, with some of the floor plans also including a den. The homes of Phase II will also feature Bosch appliances and a Jacuzzi soaking tub. Some floor plans will offer walk-in showers and separate vanities.

Phase I of Eleven Eleven Central, meanwhile, is expected to be finished sometime this spring. While some plans are already sold out in Phase I, remaining units include two-bedroom, two-bedroom plus a den and three-bedroom designs. Pricing for Phase I starts in the mid $800,000s.

All residents of Eleven Eleven Central will enjoy access to the property’s planned amenities, including a courtyard with a resort-style swimming pool, lap lanes, spas and cabanas. Community amenities also extend to a grilling area, fire pits with room for seating, a life-sized chess set, bocce courts and a yoga area.

Plans also call for a large clubroom and catering kitchen, a fitness center with exercise equipment and massage rooms, plus a theater room and game room. Construction during Phase II will add in a courtyard park with fenced dog runs and a putting green.