Coquina Sands vs. The Moorings 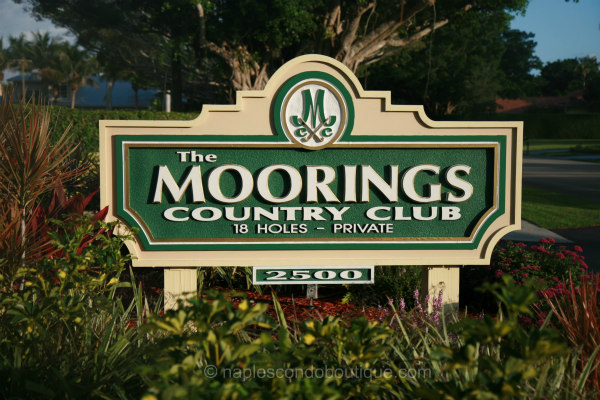 Two quaint neighborhoods in the center of Naples are Coquina Sands and The Moorings located between U.S. 41 and the Gulf of Mexico with Gulf access waterways and canals in between as a prime location for homebuyers who want to be part of a boating community.  The neighborhoods are adjacent to The Naples Beach Hotel Golf Course on the south and Park Shore on the north.  Coquina Sands and The Moorings are both prestigious neighborhoods located in an area that’s hard to beat.  The fabulous beachfront locations in prime coastal neighborhoods feature single-family homes and condos, most with breathtaking views of the sun-drenched sugar sand beaches of Naples and Gulf waters.  The area is in convenient proximity to the amenities of downtown Old Naples, including fine dining, upscale shopping and art galleries.

Coquina Sands
Coquina Sands is a charming community on the beachfront, coming of age in the 1950s, located just north of Old Naples and south of The Moorings.  Single-family homes come in a variety of architectural styles in Coquina Sands, including new construction.  Many take advantage of the beautiful views, with sprawling outdoor areas perfect for dining al fresco.  Many homes have been reconstructed as larger newer homes.  Most of the waterfront homes have direct access to the Gulf of Mexico.  Many renovated homes have impressive well-equipped kitchens with top-of-the-line appliances, upgrades and open concept floor plans.  Rich details and sophisticated architecture rounds out Coquina Sands single-family homes.

The mature neighborhood features an eclectic mix of older and newer single-family homes on large lots with mature trees and privacy; area lots overlook waterfront vistas and direct Gulf access with some overlooking the golf course of Naples Beach.   The highly sought-after Coquina Sands condos offer spectacular panoramic views in several buildings, most with Gulf views and golf course views.  The traditional designs of the Coquina Sands condos blend in, as they hug the Naples coastline along Gulf Shore Boulevard and the bay area of Hurricane Harbor, bordered by the neighboring community in The Moorings.  Residents are within walking distance to historic downtown, filled with restaurants, cafes, shopping and art.  Residents can enjoy walking the beach, boating, biking to popular beach park, Lowdermilk Park with picnic areas, children’s playground, restrooms, volleyball courts, and shaded gazebo.  Here is a resource to explore Coquina Sands real estate offerings.

The Moorings
The Moorings is located north of Olde Naples and south of Park Shore, featuring luxurious single-family homes and condos in Naples.  The Moorings high-rise community is beachside on Gulf Shore Boulevard with almost all condos having Gulf, Bay, and/or City views.  Condos are along the Gulf of Mexico and bay area of Hurricane Harbor in The Moorings neighborhood.  Many Moorings single-family homes have Gulf access; many have golf course views and are centrally located. While some homes and condos date back to the 1950s, many have been renovated and rebuilt. The Moorings owns a private beach access on Gulf Shore Boulevard for residents complete with shady park benches, and a place to picnic.

Member-owned Moorings Country Club & Golf is a private equity club with an 18-hole golf course popular with residents that doubles as a great social environment with a variety of fine and casual dining.  Amenities include Sunday Brunch, holiday celebrations, live entertainment, a book club and social groups for card games.  For residents who prefer an alternative to joining a country club, there are also several public golf courses in the area.  The Moorings neighborhood is convenient to shops and restaurants, and within walking distance to many other conveniences of daily life. Here is a resource to learn more about The Moorings and explore active real estate listings in this community. 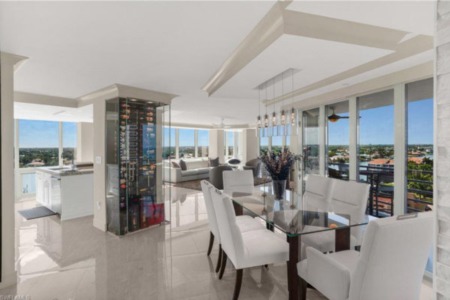