Collier The Healthiest County in Florida 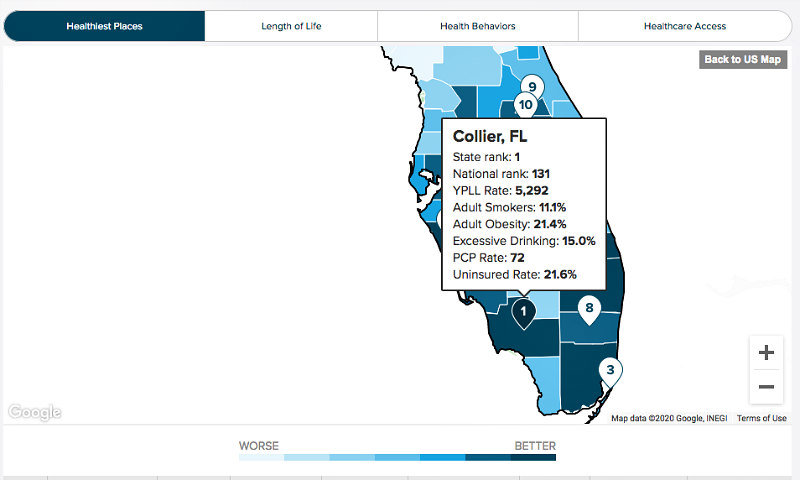 The ranking comes from a joint analysis by the Robert Wood Johnson Foundation and the University of Wisconsin. Researchers looked at a series of factors to come up with the rankings, including quality of life, economic factors and social factors.

The ranking shouldn’t come as much of a surprise. Several other studies have put Naples, in particular, high on the list of the nation’s healthiest and happiest cities. Local health workers also point to the county’s efforts in making healthy decisions.

Area leaders rave about local farmers markets, plus the county’s access to parks and recreation. They also point to the launching of Blue Zones in Collier County a few years ago.

The results of the study are in line with another study promoted by SmartAsset. In its own analysis, the website ranked Collier County in first place for the State of Florida in terms of “America’s Healthiest Places”.