There’s plenty to celebrate this year when it comes to the blossoming Ave Maria community. Developers just announced record-breaking home sales, with 350 new home sales as of late June alone.

The ranking is based on annual home starts and move-ins. Over the past 12 months nearly 700 new homes have sold in Ave Maria. The community has reportedly had several consecutive months of year-over-year sales increases.

The 4,000-acre town has enough space at buildout for 11,000 homes, 300 hotel rooms and 1.8 million square feet of commercial space. This self-sustaining community is made up of residential neighborhoods, a town center with restaurants and shops, schools, business parks, office space and recreational amenities.

The town has also set aside 17,000 acres of land for wildlife preservation. Four builders are constructing homes in Ave Maria, including Lennar, Del Webb Naples, Pulte Homes and CC Homes.

Potential buyers can choose from a variety of floorplans, including condos, attached villas and single-family homes with either lake, golf course or preserve views. Buyers can also choose from up to a six-bedroom design.

More than 20 model homes are open for buyers to tour, with upwards of 75 different floor plans to consider. The residences of Ave Maria are typically priced from the low $200,000s to the $500,000s.

Along with being recognized for its record-breaking home sales, Ave Maria is also a repeat winner of Community of the Year. In addition, it has also been recognized as one of the top 40 master planned communities in the entire nation.

Avalon Park is a community of single-family homes within Ave Maria. This neighborhood features homes by Pulte Homes, ranging in size from 1,565 square feet to 4,242 square feet

Emerson Park is a newer community of single-family homes within Ave Maria. This neighborhood features homes by Pulte

Hampton Village is a neighborhood of large, single-family homes within Ave Maria. This community was developed by Pulte Homes

Maple Ridge is the newest neighborhood of Ave Maria. This community by CC Devco Homes includes residences ranging from three to five bedrooms, with single and two-story floor plans.

Middlebrooke is a community of town homes located within Ave Maria that was developed by Pulte Homes.

The Residences at La Piazza is a European-style condominium complex located with Ave Maria.

The National Golf and Country Club is a community anchored by an 18-hole Gordon Lewis designed championship golf course. 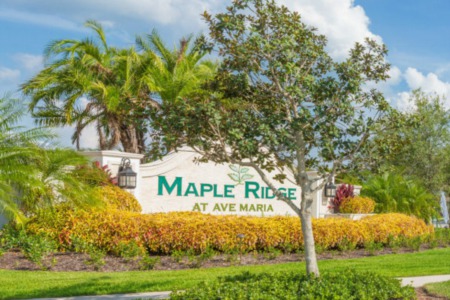 It’s probably no secret that Maple Ridge is Ave Maria’s best-selling community, for it’s easy to see why. This community of ...Read More 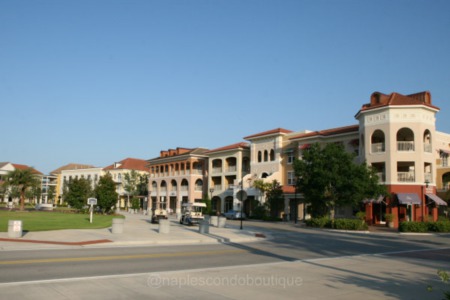 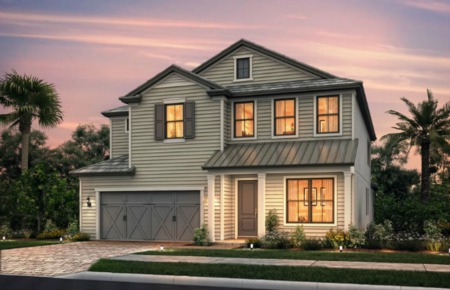