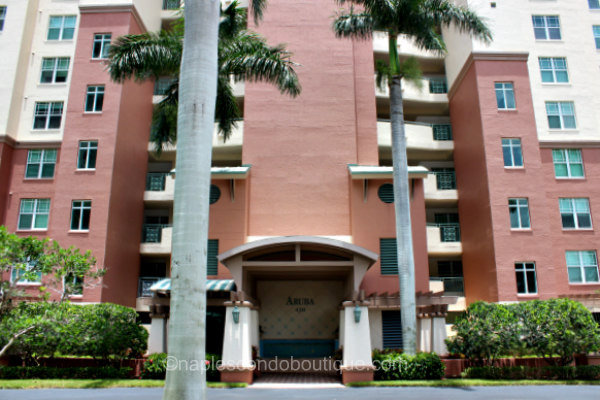 Aruba at Cove Towers is a luxury high-rise condominium building.  Built in 1999, Aruba was the first of five towers built by WCI within Cove Towers.  The community offers four floor plans, ranging in size from 1,600 square feet to 1,900 square feet.  All homes face west with views of the Gulf of Mexico and Wiggins Pass.  This waterfront community includes private boat docks with access to the Gulf.  There are 14-floors within the building, and 50 individual units.  Read more about Aruba at Cove Towers.

Star Realty Of The Gulf Coast

More About Aruba at Cove Towers

Residents of Aruba at Cove Towers have access to the amenities of Tarpon Cove Yacht and Racquet Club.  There is also a swimming pool and spa, a fitness center, a tennis court and cabana.  In addition, the community includes a library, sauna, a BBQ area and a clubhouse.  Residents may also use the marina and have beach access.