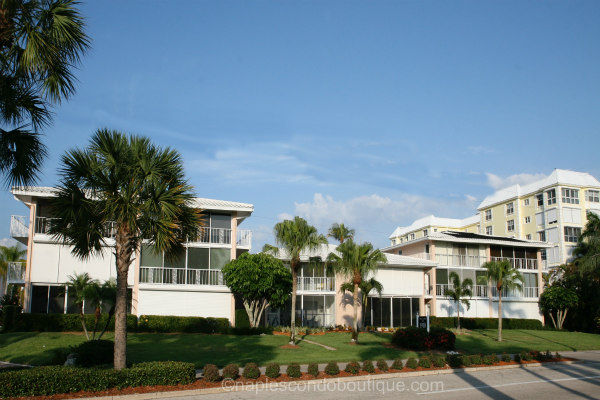 Ambassador Club  is a low-rise condo development located in a Bayfront setting in the Moorings. This 32-unit building was delivered in 1967 and offers stunning views of Hurricane Harbor. Floor plans at Ambassador Club feature 2 BR | 2 BA configurations with 1,256 - 1,448 SF of living space.  Read more about Ambassador Club.

Amenities at Ambassador Club include a pool, barbecue grilles, deeded beach access and boat docks that are available for lease from the association. Gulf access from Ambassador Club is via Doctor's Pass to the north of the building. The Edgewater Hotel, which offers fine dining and a beach club, is located directly across Gulf Shore Boulevard from Ambassador Club.

Ambassador Club is located at 1910 Gulf Shore Boulevard N between Moorings Line Drive and Banyan Boulevard. This location south of Doctor's Pass offerings convenient access to the dining, shopping and entertainment venues in Old Naples as well as Venetian Bay and Waterside Shops.